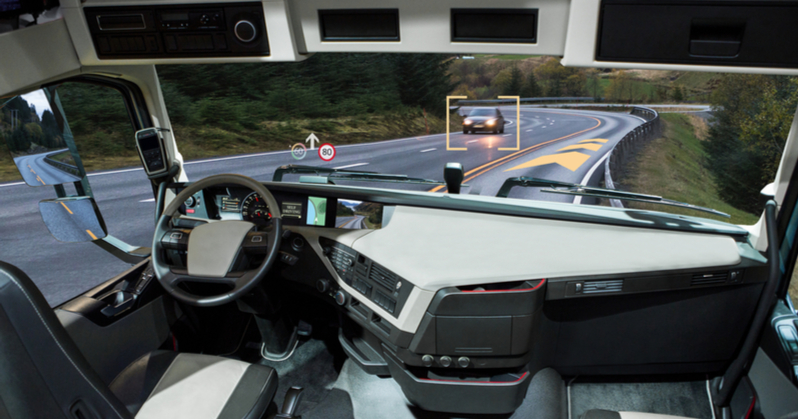 Self-Driving Trucks Are Already on the Road

Supply chain disruptions are continuing and are expected to continue well into 2022. The media is continuing to report on these disruptions, particularly about the effects on the consumer with the approaching holidays. Along with stories about what might not be on the shelves over the next few months, news about solutions to the problem is becoming more prominent as well.

Today, there are a record number of 111 container ships floating off the ports of Los Angeles and Long Beach in California! This is despite the shift to 24/7 operations announced last month and the threat of fines on companies failing to remove unloaded cargo from the docks in a timely manner.

Some solutions to shorten the current shipping delays will be quicker and easier to implement, such as the $8 million construction of temporary container yards near the Savannah, GA port. These pop-up yards will be built within the next 30-45 days and will allow for the short-distance movement of containers out of the port, relieving some of the bottlenecks. Other solutions only help mega-retailers, such as Costco or Coca-Cola that are able to lease their own containers rather than waiting for containers to be moved by truckers and made available for their next load.

And then there are high-tech solutions. Enter the autonomous truck that will solve the driver shortage problem in the transportation industry.

Walmart has begun autonomous deliveries with no human backup. The company has partnered with Gatik, a Silicon Valley robotic technology developer, since 2019. The fully autonomous box truck deliveries, which the companies say are the first ever to operate with no driver behind the wheel, began in August and run from an e-commerce distribution facility in Bentonville, Arkansas (Walmart's hometown) to a Walmart Neighborhood Market store just over 7 miles away. Currently, the runs include a human in the passenger seat who is able to press a stop button if needed and a chase vehicle.

Gatik isn't the only company in the space. The current year includes news about two autonomous trucking companies that have gone public.

With nearly two years and over 160,000 miles of autonomous hauling for UPS, TuSimple may be ready to start testing without a human safety officer on public roads before the end of the year. This company is the first self-driving vehicle company to go public in the US and used the $1 billion raised through its IPO in April to aggressively invest in the development of its team to execute its plans more quickly.

Although this company began with a focus on automobile and robotaxi technology, it shifted this year into the trucking industry. Aurora began trading on Nasdaq last week and aims to commercialize its robotic semis by 2023.

These two companies, along with Waymo, Kodiak and Waabi are all poised to deliver a high-tech solution to the flagging US trucking industry.