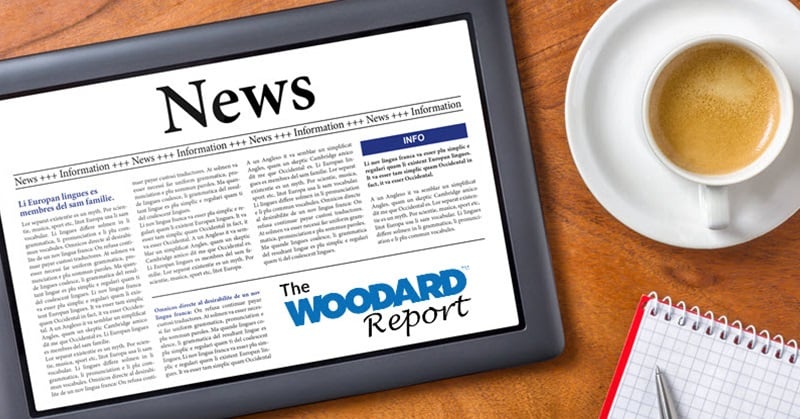 In the news, there is an unprecedented number of ships anchored off southern California right now and the delays are having a growing impact on business. In addition, there have been a number of interesting acquisitions over the past couple of weeks, including by Sage and FreshBooks.

First, shipping news. On Monday, there were a record 100 ships at anchor and in holding areas around the ports of Los Angeles and Long Beach. Although the White House's supply chain disruptions task force has pushed both ports to now move to 24/7 operations in at least some of their terminals, the trucker and warehouse worker shortage has prevented expanded port operations from making a significant decrease in ships being unloaded. The increasing backlog means that the "transportation turnaround for goods coming from Asia that is about 75 days on average from their origin to final destination."

Delays are not the only cause of rising shipping costs.  With rising oil costs, carriers may increase their fuel surcharges. And because of the delays in southern California, other US and Canadian ports are seeing increased traffic. Some retailers like Costco have already begun chartering their own cargo ships and leasing containers for their exclusive use. And others have turned to unusual solutions, like Coca-Cola which is using bulk vessels (normally used for grain, coal or other raw materials) to ship ingredients in giant sacks, which they then have to figure out how to get out of the bulk vessels and into trucks.

Here are some of the recent acquisitions that might be of interest to you.

Sage - Sage has acquired its fourth fintech company of the year - GoProposal, a company that provides software for you to "price consistently, sell more confidently and minimize risk, with the client engagement software that enables your accounting business to grow even more profitably."

Paychex - Paychex has acquired Flock, a benefits administration company. "The combination of Paychex’s full-service HR and benefits capabilities and Flock’s innovative platform will position us for continued growth and expansion in the marketplace,” said Martin Mucci, Paychex president and CEO.

FreshBooks - Earlier this year, FreshBooks announced it had secured $130 million in funding. Recently, the company announced an acquisition of FastBill, a cloud accounting and invoicing software solution based in Germany.

Avalara - Avalara has announced two acquisitions this month. At the beginning of the month, they announced the acquisition of Track1099, which provides software and service for IRS form processing, such as 1099s, W-2s, W-9s, and more. Today the company announced the purchase of CrowdReason which will expand Avalara's property tax compliance offering.