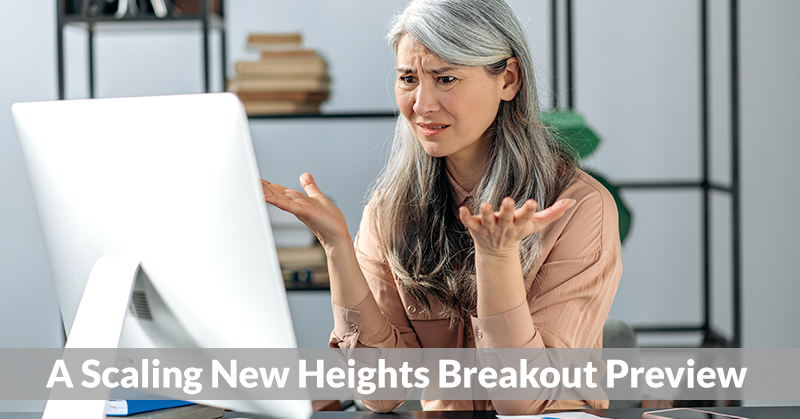 Sales tax is complex. We all know that. But do you really know all of the specific (and sometimes unusual) sales tax laws to ensure compliance?

You may already know that resellers can be held to as many as five different types of nexus and that you have to know when thresholds have been met. And you may know that only five states do not collect sales tax, but that 45 other states (plus D.C.) that do, 38 also allow local jurisdictions to collect sales tax. So yeah, it can get complicated. And a sales tax solution ensures that you are compliant.

Today, let's take a look at the lighter side of sales tax. There are a number of states and localities that have some pretty unusual sales tax laws, and we thought that a review of these would be a nice break, and maybe a laugh or two.

While gaming is not legal in Alabama, you can certainly buy a deck of cards. However, make sure to count your cards because decks with 54 cards or less are charged a 10 percent sales tax. I guess the makers of cards could include 3 jokers to get around this situation.

Some services in Arkansas are subject to a 6.5 percent sales tax, which is collected from consumers and paid to the state. This includes services as diverse as body piercing, pet grooming, and gutter cleaning, to name just a few. Arkansas has a state income tax and everyone pays, except for residents of Texarkana. Folks living there do not pay state income tax but do pay an extra 1 percent sales tax in exchange.

We suppose that public safety is important to the Connecticut legislature. They have deemed that a number of consumer products that enhance safety will be tax-exempt. These include child car seats, bicycle helmets for all ages, and firearm safety items such as trigger locks and gun lockboxes. While baby diapers are considered clothing and as such are taxable, adult diapers are not and are tax exempt.

Swimwear is tax-exempt but masks and snorkels are not; so swimming is cheaper than snorkeling. Sports uniforms are exempt, but helmets are not. That seems to be the opposite of how it should be since helmets are probably the most important part of the uniform.

Georgia places a 23 percent tax on the wholesale price of cigars. Cigarettes are taxed at a rate of 59 cents per package, which generally works out to a significantly lower percentage than the tax for cigars.

Beer in Kansas is taxed in two different ways depending on whether it is bought at a state store or some other location. Only state stores are allowed to sell regular beer, which might have an alcohol content of 5% or more. Other stores can sell low-alcohol beverages (also known as 3.2 beer) but it is taxed at the regular sales tax rate, which is generally higher than at the state store.

Virtually all of the blueberries sold in the United States are grown in the state of Maine. Being such a big part of the state’s economy, they have deemed blueberries a taxable commodity. The tax is set at 1.5 cents per pound. The money collected is ostensibly used for the promotion of, and research on, wild blueberries.

In Minnesota, a fur coat has an extra tax. When an item of clothing is made up of 3 times more fur than the next most valuable material used in its manufacture, there is a 6.5 percent tax on the entire sale, including shipping and other charges.

The New Mexico legislature has determined that special attention should be paid to those residents that reach 100 years of age. If you have been a resident for 6 months or more, are a resident on December 31 and are not claimed on another resident’s tax form, then you do not have to pay any more state taxes. I guess they figure you have paid enough by that point.

Fall has begun and many people associate this time of year with pumpkins. If you are in New Jersey, you may or may not be taxed on pumpkin purchases. If they were bought for decoration then there is a 6.625 percent sales tax, but if they are bought for consumption, say in a pie, then they are exempt from sales tax. On top of the state sales tax, buyers of vehicles $45,000 or more pay an additional 0.4 percent. This amount has not been adjusted for inflation in 15 years, even though the average cost of a vehicle has risen to about $35,000.

The state of Pennsylvania taxes air. Yep, we said air. Anything that comes out of a compressed air vending machine or vacuuming vending machine is subject to sales and use tax.

The Tennessee state legislature wants to discourage frivolous lawsuits, so all types of litigation are taxed. This includes bringing a will to probate or fighting a traffic ticket. Management consulting services are generally exempt from state sales tax but are required to pay a local gross receipts tax.

The Fourth of July is a big deal for many people, and they like to celebrate with sparklers and other similar novelty items. However, when you purchase these for resale the state is going to pay a tax on the purchase. This is in turn passed on to the customer in the form of a ‘sales’ tax to cover the added expense.

Sales taxes at the state and local level change frequently. Given the complexity of collecting and remitting sales tax, it is recommended that both retail and service businesses subject to state sales tax employ a Certified Service Provider to verify that state and local sales taxes, where applicable, are collected and remitted properly.

As always, for tax compliance done right, it is important to know the facts. And remember, you can be proud to pay taxes in these great states but you could be just as proud for half the amount.