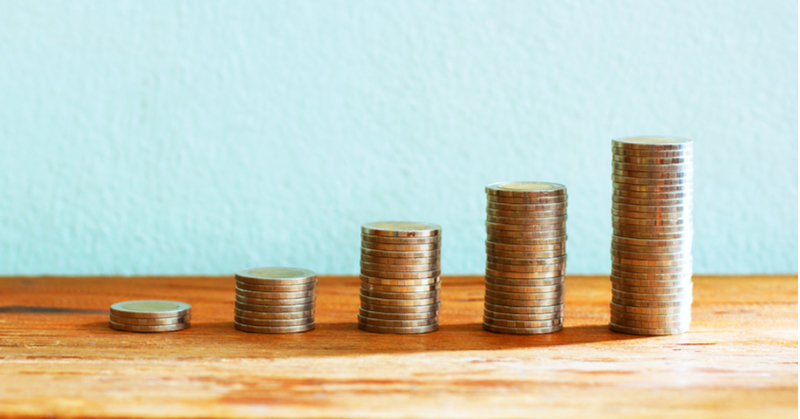 How COVID-19 Affected Commerce in the U.S.

Much has happened in the economy over the last 15 months that can be attributed to COVID-19. In the United States, the pandemic has brought many changes to commerce; businesses have closed, shopping behavior has changed, people stopped traveling, long-term unemployment has increased. While economists believe that the US economy will rebound in 2021, and continue to grow in 2022, there is still much that has changed, and some of it might never go back to a pre-pandemic state.

From supply chains to business operations, from buying habits to travel, practically every aspect of commerce in the United States has been affected in some way by COVID-19.

Regarding the disruption to supply chains, this happened in virtually every industry. Food, energy, manufacturing, retail, etc. were adversely affected by COVID-19. Think about the toilet paper shortages, meat shortages, and bottled water shortages; consumers over-bought some items when the initial panic set in and it took months for supply chains to catch up with demand. While much of the US business sector has returned to something similar to normal with regard to materials needed to supply products to retailers, there are still some shortages. For instance, computer chips that go into everything from smartphones, to home appliances, to automobiles have been in short supply. This is putting pressure on a number of industries. The challenge going forward for companies will be to make their supply chains more resilient without weakening their competitiveness. In some instances, businesses are going back to keeping more critical items on hand, rather than going with a strictly just-in-time model.

It goes without saying that many retail businesses experienced a reduction in sales/income. With restrictions on movement in place for much of 2020, in-person visits to stores plunged to record lows. It has been reported that more than 97,000 businesses closed as of August 2020 and sales volume at brick and mortar retail locations is likely to be reduced by as much as 14 percent long-term. This reduction in in-person sales is largely the result of significant increases in the number of consumers that are now buying more online. It is estimated that more than 60 percent of consumers increased the amount of shopping that they did online than before the pandemic. Census Bureau data indicate that online shopping was up more than 31 percent quarter over quarter in the second quarter of 2020. Online shopping was already trending upward prior to 2020, but the pandemic pushed this trend into never-before seen territory. The National Retail Federation estimates that online sales volume will have increased between 20 to 30 percent from 2019 to 2021.

Restaurants were significantly impacted as well. However, while it was estimated that as many as one third restaurants would be shuttered due to the pandemic, new data from the National Restaurant Association found that about 90,000 restaurants closed permanently or long term, which is slightly less than 14 percent of those in business prior to January 2020. This is greater than the 50,000 that typically close during an average year, but significantly lower than the original estimates. It is believed that changes to local governance and loans like the PPP significantly reduced the number of closures. Many jurisdictions changed regulations on take-out and delivery, as well as alcohol sales, during the past year. Some of these jurisdictions plan to continue these relaxed regulations.

With so many businesses and families impacted by the pandemic, government at all levels has stepped in to soften the blow. Multiple federal stimulus programs were enacted in 2020 and 2021 for both business and families. Checks for 600 dollars and 1400 dollars were sent to many Americans to help financially. Unemployment rose like never before in 2020, and both the federal and state governments assisted with unemployment payments that are still ongoing through September 2021 in many states. Additional unemployment funds were paid to those who lost their jobs due to the pandemic; this started at an extra 600 dollars per week and was reduced to 300 dollars per week in early 2021. Many businesses were able to apply for forgivable Paycheck Protection Program loans. They were able to receive funds to keep making payroll even if their business had stopped operations. Two rounds of these loans were made available, with the total amount reaching nearly 800 billion dollars. Some states, notably California and New York enacted their own additional programs to assist affected businesses.

State budgets across the country have been adversely impacted and business closures and unemployment spikes alike have led to decreases in revenue and increased costs for the states. Projected declines in revenue as a result of the pandemic have been shown to be on the low end at 7 percent in Kansas and 10 percent in Florida to 17 percent in California and 26 percent in Nevada. According to the Center on Budget and Policy Priorities, state revenues fared better than originally expected, but state deficits across the United States are expected in total to exceed 500 billion dollars over the next two years. It will take a long time and a lot of creative new policies to make up for these shortages. It should be noted that states generally are coming out of the pandemic in better shape than originally anticipated as the federal programs that put more funds into the hands of state governments helped greatly. But even with this new money, state and local spending fell by as much as 6 percent in the second quarter of 2020 and another 4 percent in the third quarter. By the end of 2020, nearly 1.3 million state and local government jobs had been lost. In addition to job losses in the public sector, as much as 10 billion dollars in infrastructure projects were canceled by states and localities. This further impacted jobs in the private sector.

COVID-19 significantly affected virtually all aspects of commerce in the United States. While it is true that some businesses saw little or no ill effect, and a few actually increased revenue, across the board most industries saw reductions in billing, revenue, and employment. Federal assistance to businesses, individuals, and state and local governments softened the blow but did not entirely ameliorate the effects of the pandemic. It is estimated that full recovery of the U.S. economy will take at least one to two years, possibly longer in some of the hardest hit areas. With all of this in mind, states are looking to replace the revenue lost from the pandemic.

With the Wayfair decision states have the ability to change or adjust their sales tax law to be able to meet their need to produce more revenue. As states are trying to recover and help business recover, you should expect to see drastic changes with sales tax to fill the gap. Things that were never subject to sales tax previously are now on the table.

Sales tax is a new ballgame.