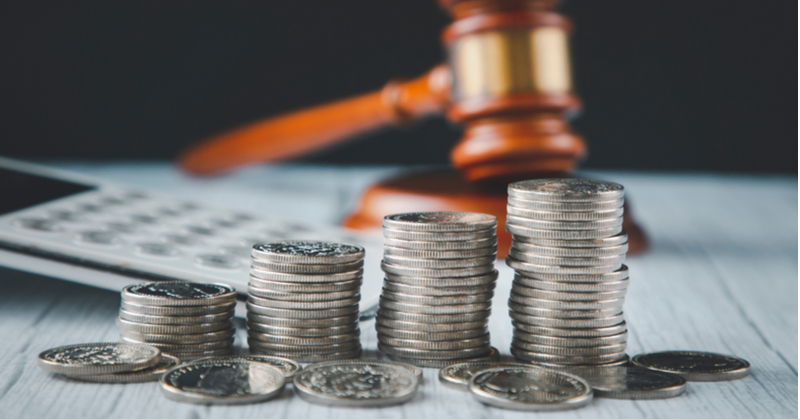 Does Your State Have Weird Tax Laws?

How do you find out what you don’t know? One of the fun ways to find out things that you did not know, or at least to ask that next question, is to look at the weird and wacky ways that laws are written. If you can get into the heads of the folks making and passing the laws then you might be able to ask the next question to find out the right answers. We have pulled out some weird and wacky sales tax laws to make you pause for a moment and ponder.

It is common knowledge that some things you buy require you to pay sales tax and others do not. In the majority of states necessities, such as food and medicine, are not generally taxed. However, there are exceptions, and some of them are somewhat unusual. Being based in Texas, we like to stay on top of tax laws there.

Seeing that there are some odd tax laws in Texas, we thought that we would travel around the country to find some more odd tax laws that affect businesses and the accountants and bookkeepers that support them.

Like Texas, Louisiana has a state sales tax holiday; theirs is in September. The difference being that in Louisiana the holiday is not for clothing and school supplies near the start of the school year. It is for firearms, ammunition, and related supplies and occurs at the beginning of hunting season.

In Arizona, while block ice is taxed, cubed ice sold in bags is not. This is because cubed ice is often used to make mixed drinks, and considered food.

In California, buying fruit at the store will not incur a sales tax, but if you buy fruit from a vending machine, a 33% tax has been included in the price. Note that there is an exemption for vending machines in schools that sell products to students. Along those lines, when you purchase 100% natural fruit juice it is considered a food product and not taxed. However, if it has had any additives or preservatives added, then it is no longer a food product and is deemed taxable.

Colorado considers a coffee cup essential to drinking coffee, and as such, retailers purchasing coffee cups do not pay sales tax. On the other hand, coffee cup lids are considered non-essential and require payment of a 2.9% sales tax; be careful when you drink coffee in Colorado.

Connecticut considers both disposable and reusable diapers to be clothing. As a result, they are both subject to the state sales tax.

If you are a baker in Indiana consider these tax breaks. If you purchase marshmallow crème, it is not taxed, but if you buy marshmallows to make your own crème, you pay sales tax. Should you purchase icing in a tube or other container, this is tax exempt, but if you need candles or other cake decorations, then you will be paying tax on those.

Idaho recently changed how they tax digital content. Cloud-based and downloaded software are no longer taxed. Likewise, most streamed content is not taxed either. However, if you purchase a movie or e-book that is downloaded to an electronic device, that purchase is subject to sales tax.

Kentucky is known for its horse racing industry. The state places a 6% sales tax on thoroughbred stud fees. The collected funds are dispersed across multiple agencies that incentivize horse breeding operations.

Illinois (and other states) that tax food and candy at different rates have run into some seeming contradictions. If you buy a Snickers bar in Illinois you will pay 6.25% sales tax, but if you buy a Twix bar the tax is only 1%. This is because one of the ingredients of a Twix bar is flour. As such, according to the Streamlined Sales and Use Tax Agreement, the Twix bar is a food, not candy, and thus taxed at the same rate as fresh vegetables.

Kansas taxes amusement parks and rides, just as many other states do. But in Kansas, there could be some confusion if you are riding in a hot air balloon. If the balloon is tethered to the ground, it is considered an amusement ride. However, if the balloon is free-flying there is no tax for this ride, as it is now seen as a form of transportation.

Montana is one of the five states that do not impose a sales tax. The other four are Alaska, Delaware, New Hampshire, and Oregon. It is not uncommon to see a very expensive luxury vehicle in nearby North or South Dakota with Montana license plates and registration. Paying 4% or 5% tax on a 100,000 dollar vehicle adds up, and people from all over the country purchase these vehicles from Montana dealers but never drive them in that state.

Oklahoma is one of the few states that tax grocery purchases at the full state sales tax rate. However, they do offer credits to offset these taxes to lower income individuals and families.

Oregon recently passed a law allowing for the recreational use of marijuana. However, the tax on your purchase is pretty ‘high;’ it comes in at 25% of the purchase price.

In Nevada if you go to your local home décor store and buy a painting to put on your wall, you will pay the state sales tax. However, if you contract with an artist to develop an original artwork for you, then the state sales tax will not apply, as this is seen as a non-taxable professional service.

New York is famous for many things, one of them being bagels. If you buy an unsliced bagel in the empire state you will not pay sales tax. However, if you add cream cheese or even just have it sliced, it has been prepared for consumption and there is an 8 cent tax added.

Across the river in New Jersey sometimes pumpkins are taxed and sometimes they are not. If you buy pumpkins canned for consumption, such as in a pie, your purchase is not taxed. However, if you buy a pumpkin for the purpose of decoration, then you will have to pay the state sales tax.

Drinkers in Pennsylvania must pony up an additional 18% tax on each bottle of alcohol sold. This is known as the ‘flood tax’ that was instituted in 1936 to help rebuild the city of Johnstown after a devastating flood. The town has been rebuilt, but the tax remains in effect to this day.

Drinkers in Massachusetts should also beware. Beer and wine purchased outside the state that is brought into the state for consumption is subject to a special permit and payment of a fee to the state.

West Virginia recently legalized several types of fireworks, such as roman candles and bottle rockets. The state sales tax applies, but on top of that there is a 12% safety fee. These funds are dispersed to agencies that assist veterans and volunteer fire departments.

In South Dakota it is good to be a fire fighter or EMT. All sales of products and services to people in these professions are exempt from sales tax.