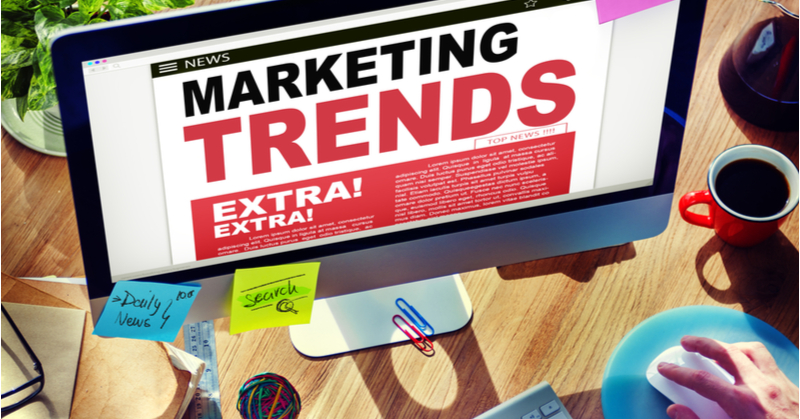 This content is part four of a four-part series called Leveraging Market Trends to Reach New Clients from a conversation between Joe Woodard and Mike Michalowicz on the Scaling New Heights Podcast. To read the other parts in this series, see the links below the article.

Joe: What are the common mistakes in riding a wave? We've talked about some successes and some opportunities but obviously, if I'm just learning to surf, I'm probably not going to catch a tube on the first time. What are the mistakes that people make?

Mike: The first mistake is trying to ride two waves at once. It's physically impossible in the ocean and I've rarely seen it successful in the business world. You know, we like to point to stories like a guy like Richard Branson, Warren Buffett, or other uber-entrepreneurs who run many, many businesses. We think we can clone that and go after many categories. We think we can probably even keep up with three niches. It's like saying, "Hey, the world's best heart surgeon should also be the world's best brain surgeon and the world's best podiatrist." I don't know if I would trust that guy because every second that surgeon commits to doing a surgery other than what I want, she's degrading her skills.

Many entrepreneurs, accountants, and bookkeepers that I’ve worked with say, "I'm going to go after four, five niches." There will be a competitor that goes after only one of those niches. That competitor will have superior knowledge and superior rapport. That competitor can go to all of the yarn spinning conferences, where the person that has spread out over four or five niches can physically only attend some conferences because of conflicts. The specialist will master the knowledge, know the key contacts, and have a much stronger bond than the person trying to ride multiple waves. Don't ride multiple waves, ride one.

The second mistake that can be made is that some people try to go after the massive waves – after the tsunamis. Those simply cannot be surfed. Someone may say that they are trying to ride the mobile technology wave. But that is impossible, because there are so many derivatives of mobile technology. Areas within mobile technology that could be pursued include app development, cellular communications, or cell towers. Other areas are the phone itself, cellphone cases, wearable technology, and GPS based technology. When looking for a wave, don’t pick a tsunami that can’t be surfed. If we try to serve a broad category, it completely dilutes our ability.

The final mistake that can be made is moving into the final stage before you complete the first four phases. Before you to go to the “E” phase – the expansion phase – you absolutely must separate, unify, rally, and gather. Here is what I mean. If you want to move into a secondary niche like we talked about with UGG, you have to dominate the first niche and really master it. UGG didn’t move beyond surfers until they mastered the surfer market.

For accounting and bookkeeping professionals, you need to master your first niche. I’m finding that you need to have a minimum revenue base of between 5 million as the bottom up to ten to twenty million in revenue before you move beyond your first niche. I recommend waiting until you reach ten million dollars in revenue in a niche before you begin to look for clone niches. Businesses that are doing a few hundred thousand are very respectable and wonderful businesses. But that is not the point to try to clone out what you are doing in that niche. You haven't mastered the first niche first, and now you're trying to clone something that actually isn't perfected. So waiting until you have moved through the separate, unify, rally and gather phases and reached that revenue trigger point is necessary before you go into expansion.

Joe: And there is another mistake and I know why you didn't mention it, because it's inherent to the niche concept. You can't ride a crowded wave. If you have fifty surfers on one wave, you're going to run into each other. This analogy carries over well to us. As an accountant or bookkeeper, I need to be riding a wave that isn’t crowded and I need to be telling my own story. I need to be doing my own thing in some sort of a unique way.

While talking about accountants, we all need to recognize that we don’t have to reinvent the core principles of accounting. The example of the Amazon bookkeeper (in part 3) was fantastic. This firm didn’t reinvent the model. They are still keeping the records, they are still generating the financial reports, and they are still managing the inventory. But they are doing it in proactive and innovative ways.

So, pro-action, innovation, targeting a niche, and paying attention to what the market trends are doing and where the energy of the wave is gives you the energy to ride the wave. Then, keep your head up because you know it will last long enough to invest in it, but not last forever.

Click here to read part 2 - The Meaning of Surge